“And the sea will grant each man new hope, as sleep brings dreams of home.”

That quote, attributed to Christopher Columbus in the movie ‘The Hunt for Red October,’ offers the seafarer a hopeful image. But it’s not certain that Columbus ever actually said those words.

Nonetheless, Columbus did have a vision and knew what he was doing and where he was going. A seafarer from the age of 14 and a skilled navigator, he was familiar with tides and currents, winds and waves and celestial guidance.

He didn’t just put to sea and rush westward in 1492. He charted a course, with a calculated idea about the shape of the world, and a clear destination in mind. He just didn’t know how far he had to go, or how long it would take.

His purpose was mostly mercenary spiced with a touch of missionary. He desired to open new trade routes and capture wealth for Spain. New lands and new fortunes occupied his mind, although he would never receive any of it.

Columbus was a true explorer, guided by the spirit of adventure. Like many before and since he was motivated to sail unknown seas, break new ground, and find new prospects. It’s an instinctive capacity of the human spirit to seek out new territories, and to boldly go.

Once upon a time, I identified a small portion of that same spirit in me, the moment I put to sea aboard a Navy aircraft carrier deploying to the Western Pacific. Of course, many had gone before me, but it was my first.

I knew I would not see the same shores again for many months, and I was motivated to ‘discover’ the unseen that lay ahead. As dry land disappeared behind us, it became pure adventure.

At first, I gave little thought to the conflict that lay ahead, or the troubling political ramifications, or the possible difficulties. But in the end, the journey, or ‘cruise,’ as we called it, delivered everything. There was what would be enjoyed, and there was what had to be endured.

I will never follow such a course in the same way again, but in that time, I found new ‘worlds’ to conquer or at least experience. I once studied Shakespeare, but never thought a quote from him would apply here. Yet in “Julius Caesar” he wrote:

“There is a tide in the affairs of men,
Which, taken at the flood, leads on to fortune;
Omitted, all the voyage of their life
is bound in shallows and in miseries.”

In the tides and times of your endeavors, follow the fullness that the sea may provide. Receive all that it holds. Difficulties may appear, and obstacles arise, but persistence pays off. 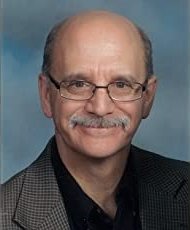